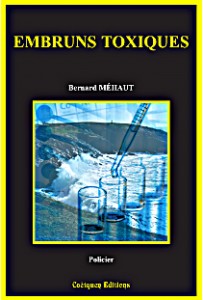 Discover from now on the first chapters as well as the criticism of Claude Le Nocher (author of more than 900 critics!) on action-suspense.over-blog and abcpolar.over-blog.

Here is an outline of this column(chronicle).

Bernard Méhaut published a previous title,  » Wild was the coast  » (Coëtquen Éd.), having for heroes the same policemen. It is a novel of inquiry in the good tradition which he proposes us with this second volume,  » toxic Sea sprays « . Experienced and firm policeman, the police superintendent Muller exiles himself in Paris with his team, to resolve an affairnot missing mysteries. Nor of murders because, besides Filipino de Lauzach and Clément Penhouët, the driver bodyguard of the model Eva Polacek will also be eliminated. The rivalry between provincial and Parisian policemen is fatally going to complicate the task of Muller. That is only stimulating his team, which does not give up discovering the truth. Even if the road is rather sinuous in this case.

So that a novel of inquiry is convincing, its tone owes be given rhythm, without the slightest injury time. What understood well Bernard Méhaut, whose narrative tempo is here flexible and fluid. We follow with big pleasure the researches for the policemen (including in the parochial finistériens enclosures). Of good persons and a well told solid history, here is which gives a very pleasant suspense. 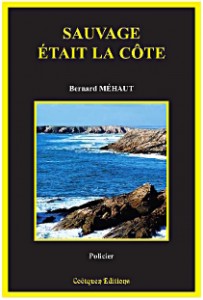 Other already appeared title:  » Savage was the coast «

» Difficult not to think to the big Georges Simenon in this novel of atmosphere almost of minimalist in his intrigue, but which has its small music, at the same moment sweet and nostalgic.  »

» A highly advisable reading of holidays! «

Extracts of the entitled criticism  » Voir Quiberon and to die  » appeared on the site of K-libre which you can discover in its entirety here.